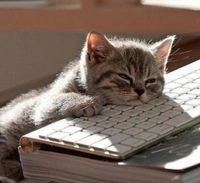 I was so tired after school drop off the other day & all of the parents were standing around
chatting away, as we usually do, while the kids ran around, unpacking their bags
and getting sorted for the day.

Ok, the true reality is that we parents actually
unpack the schoolbags whilst trying to hold a somewhat meaningful
conversation, while the kids run around the classroom and play… It’s lucky we parents can multi-task like we
do.

A mum who’ve I’ve become quite close to was
a little more irritated with her child than usual and was starting to snap and
become frustrated.

The bell rang, kisses & hugs were made
as parents dispersed.

I walked outside the classroom & saw
this problem, the mum that I mentioned earlier, was sitting outside of the
classroom on one of the benches with her head in her hands.

I went & sat down beside her & hugged her. She started crying. She said, “I am so exhausted!” Soon after, she confided in me that her husband,
whom she loves deeply, had just arrived home on the weekend from working away
from home. Which happens regularly. She kept telling me that she was so tired.

I wondered what the problem could be when she was clearly so excited each time he was due to come home & it was evident that she loves him more than life itself!

She told me that she couldn’t wait
to see him, but she said she could not bear to sleep with him. I was shocked.

When
I asked why she told me that she couldn’t sleep when he is home because he snores so badly that it keeps her awake. She
said she could easily take herself to another room to get a good night’s sleep, but she doesn’t want to spend the night away from him when he’s home. So instead, she tosses and turns all night, getting little peaceful sleep.

She told me that when he’s home, she’s so on
edge and “snappy” at him and everyone in her world, for that matter. They fight when he gets
home, and he thinks he’s better staying away. But he doesn’t know the real
truth.

My friend has discovered that she is so irritable when he is home, quite
simply because she is not getting a good night’s sleep! It’s wreaking havoc on
her well-being and on more so on their marriage.

When I suggested she wear earplugs she
laughed at me! She told me she’d never worn earplugs before & she thought
the idea was crazy & even said, “as if that would work”

The next day at school, drop off before I
left to go to work I gave her a sealed envelope that read “sweet dreams” on the
front and on the back, I wrote, “try me… what have you got to lose…”

Inside the envelope were a few packets of earplugs.

When I handed her the envelope, she looked at me
curiously. I gave her a wink and just said, “Trust me.”

The next morning at school, she came
bounding in full of energy with a big smile on her face. She said… “Why have I
never discovered these sooner! I think I just had the best sleep that I’ve ever
had! You’re right; they work!”

She even went on to say, “I can’t wait to go
to sleep tonight!”

What we can learn from this is that sleep is imperative for our well being. Lack of sleep affects our health and our mood; being tired leads to stress and anxiety.

Sleep and Sound is a family-owned company who understand the importance of hearing protection and sleep for the betterment of your life. Our team is dedicated to helping you hear better, sleep better, and live your life better.
Our mission is to educate as many people as possible about caring for their ears and promoting good sleep habits for a restful night of sleep.

FREE SHIPPING ON ORDERS OVER $100 Dismiss